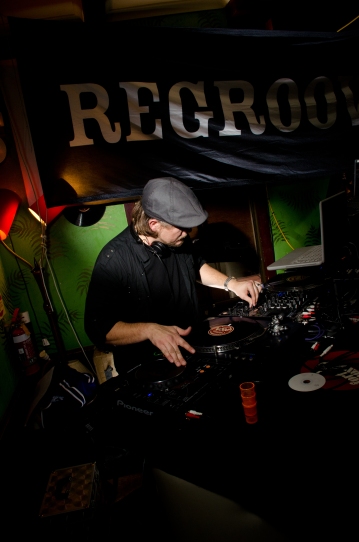 Dastardly Kuts has been bringing his mashed up blend of disco/ funk and party style house, breaks and hip hop to Australia for the past eleven years. In this time he has travelled to every state in the country, supporting a plethora of big-name artists from all over the dance music spectrum, warming up the stage for the likes of Hybrid, Stanton Warriors, A.Skillz, Deekline, Featurecast, Lady Waks, The Beatnuts, Stickybuds, All Good Funk Alliance, Philly Blunt, Butterfingers, Scribe, Urthboy, Sampology, Tom Drummond and Slynk and in the process, gained a reputation for being one of Australia’s premier party starters.

He has also cemented himself as a quality headliner in his own right, moving dance floors in clubs and festivals alike with his no-nonsense style, effortlessly gliding between genres yet always retaining a backbone of pure, unadulterated funkiness. He was a regular at international club night Regrooved and has had a number of festival gigs including multiple appearances at both Blah Blah Blah and Brisbane’s iconic Caxton St Seafood and Wine Festival. With regular slots at some of Queensland’s best venues such as Cloudland, Solbar, Stokehouse, Press Club, Laruche, Zuri, Empire and Birdee Num Nums one thing is guaranteed, when DKuts is supplying the tunes you are in for a funking good time.

Dastardly Kuts is also an accomplished music producer with releases through Rump Shaker, Breakbeat Paradise, Tru:Funk, Grits N Gravy, Actual Sounds, Sugar Rush, MK837 and Respect Music records and his bootlegs, mash-ups, and re-edits have gained mass appeal with countless websites and blogs featuring his efforts and taking his sound to the world. As a one time member of the production crew Ad’N’Kuts, he delved into more bass heavy breaks and glitch-hop vibe that culminated in them sitting atop the Juno Downloads sales chart for well over of a month.

In more recent times he has reformed his highly successful live performance DJ/ Drum/ MC collective Dropz & Kuts, become a regular writer and contributor for the well-respected Free Breaks Blog and joined forces with Galleon (one half of Australian house production duo Boogie Knights) and together they are cooking up some next level tastiness in the studio. With a number of remixes and original productions also in the works for 2018, it certainly looks like there will be no slowing down for this self-professed “funk fiend”.

You can also grab some of DKuts most tried and tested free bootlegs and mashups HERE.